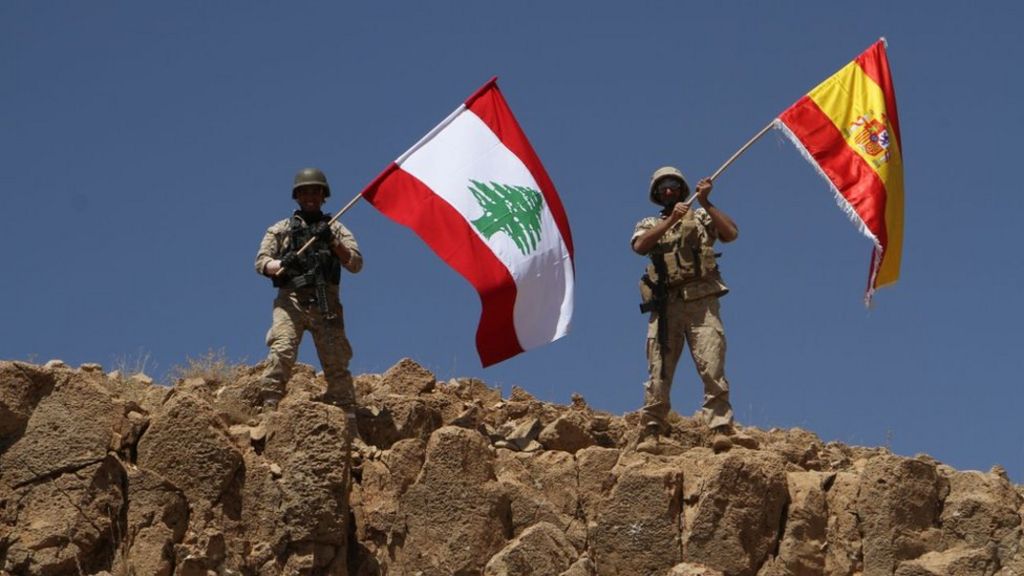 Lebanese army recaptures third of IS stronghold of Ras Baalbek 20 August 2017 These are external links and will open in a new window Close share panel Syrian civil war Image copyright lebarmy.gov.lb Image caption The Lebanese army posted an image as a “salute” to the victims of Thursday’s Barcelona attack The Lebanese army has recaptured a third of a key region near its north-eastern border with Syria from so-called Islamic State, officials say. Government troops launched an offensive in Ras Baalbek, the last remaining IS stronghold in the country, on Saturday. The army says there are about 600 militants in the mountainous region, which IS has held since 2014. About 20 militants have been killed in the latest operation and 10 soldiers have been injured, the military says. Lebanese army recaptures third of IS stronghold of Ras Baalbek – BBC News

2 5530 45 0 The Russian Aerospace Forces helped the Syrian Army encircle a large terrorist force near a town in Hama province. According to military expert Andrei Koshkin, Syrian forces have been improving their skills with Russian military assistance. The Syrian Army continues to encircle a large group of Daesh militants in the town of Akerbat in eastern Hama. According to some reports, several thousand terrorists have now been trapped in the area. Syrian forces with the support of Russian aviation have been working to cut off escape routes for the entrapped terrorists. Militants have been trying to escape in small groups in cars, buses and armored vehicles towards Deir ez-Zor. Daesh Encircled in Hama: Syrian Army ‘Improves Combat Skills’ With Russian Aid